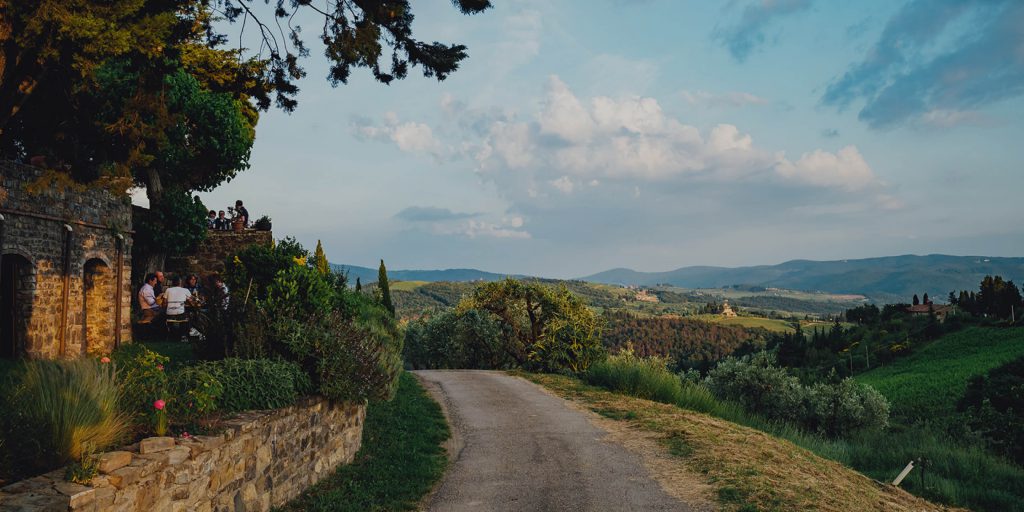 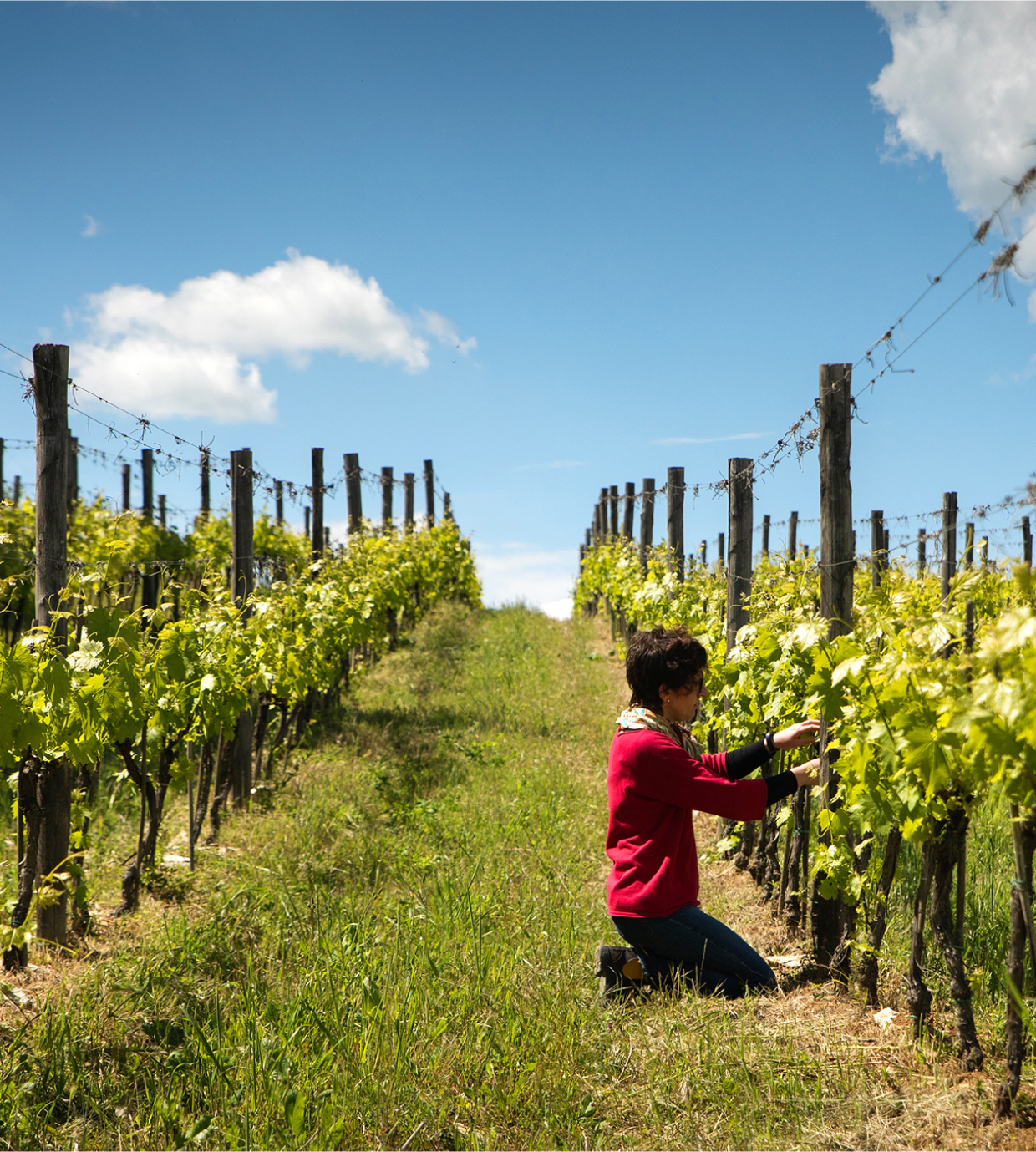 Each parcel is unique and grown and vinified individually to allow its fruit to express its full potential! 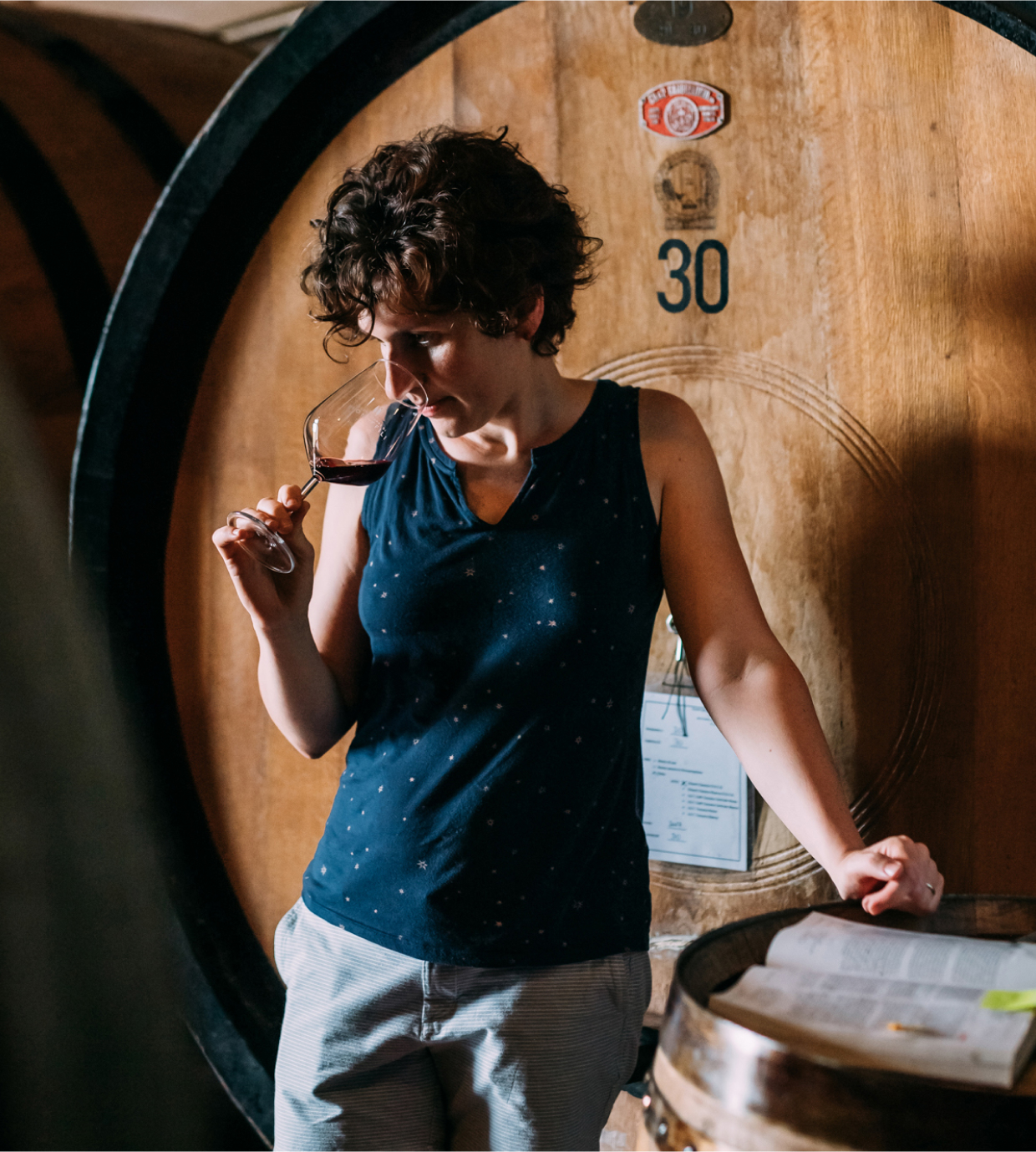 Our winemaking does not follow a recipe – we allow each vineyard to be a voyage of discovery dictated by its conditions. Simply, we want to communicate Sangiovese in all its glorious nuances.

Led by winemaker and agronomist Serena Gusmeri, Montefili is a future-facing winery dedicated to realizing the bold, successful and sustainable new era of Chianti Classico. Our wines speak of the land, microclimate, geology and sustainability – the triumphs and possibilities of a hilltop outside of Panzano.

We are passionate, dynamic people with Sangiovese in our souls.

It’s a pleasure to meet you! 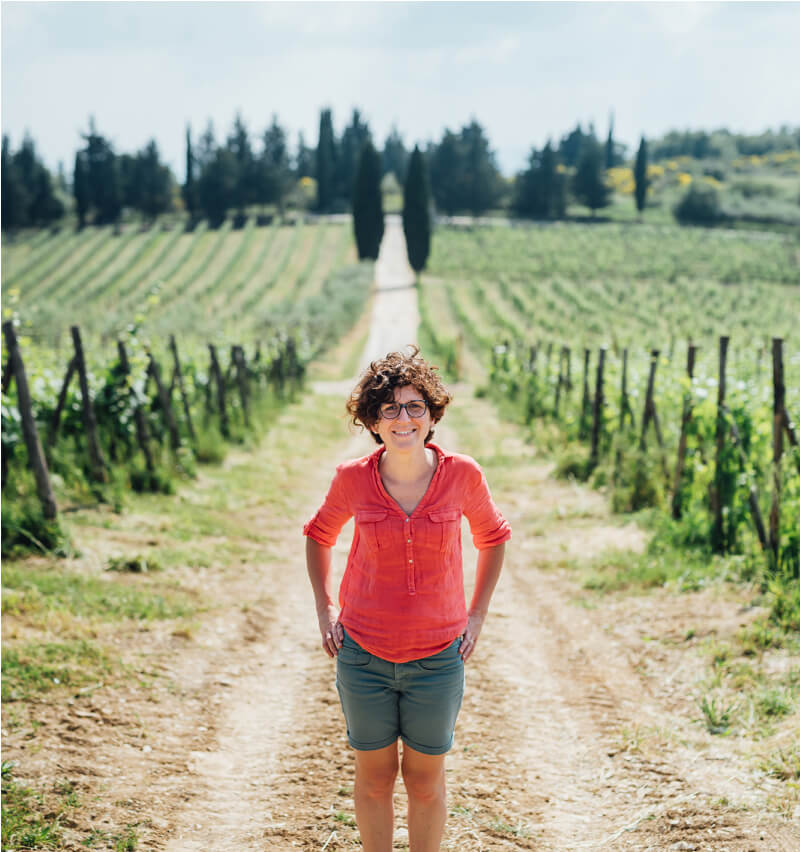 Our winemaker and agronomist Serena Gusmeri joined the winery in 2014. Her diverse experience – from Benevento and Ischia to Franciacorta and even as far as Australia – has led her to develop a terroir-focused style of wine production. Devoted to minimal intervention, sustainability, and vintage-specific choices, Serena’s holistic approach in the vineyard is the foundation. Our unique wines are the result! 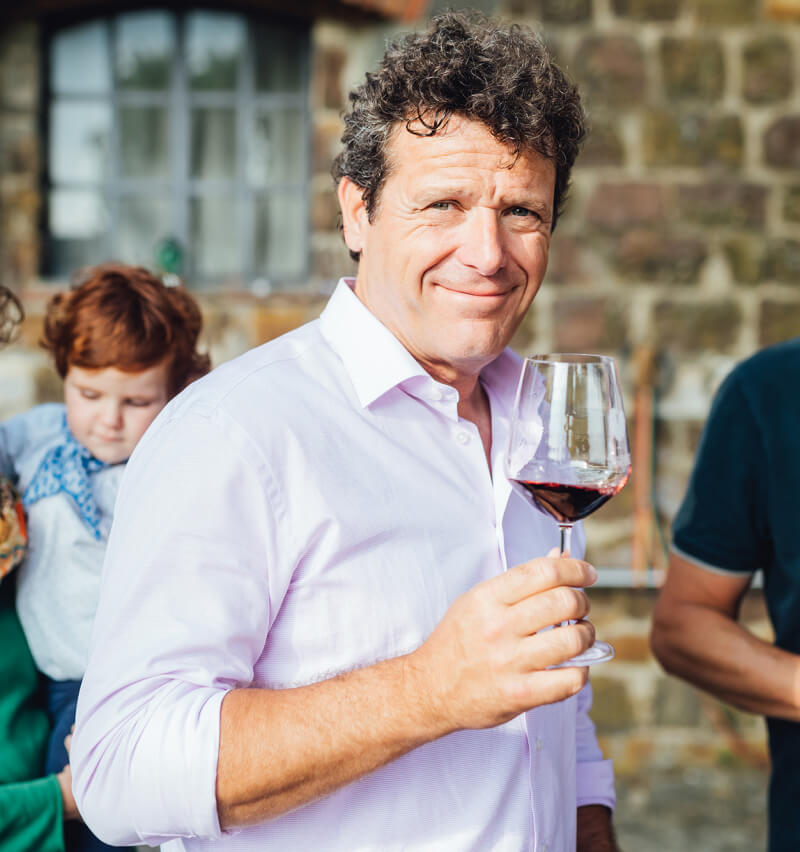 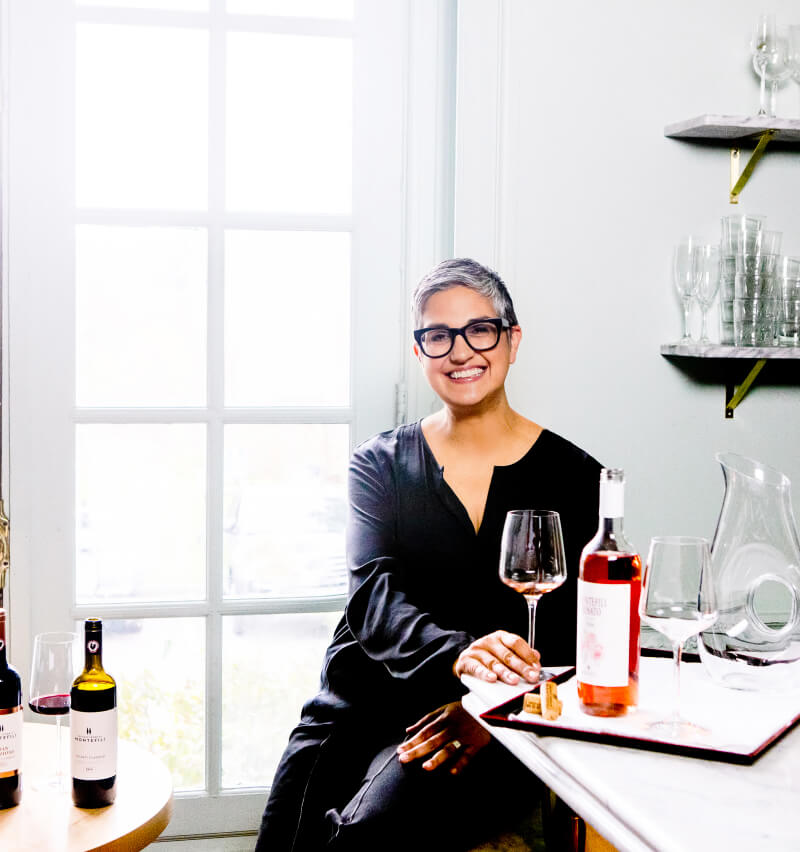 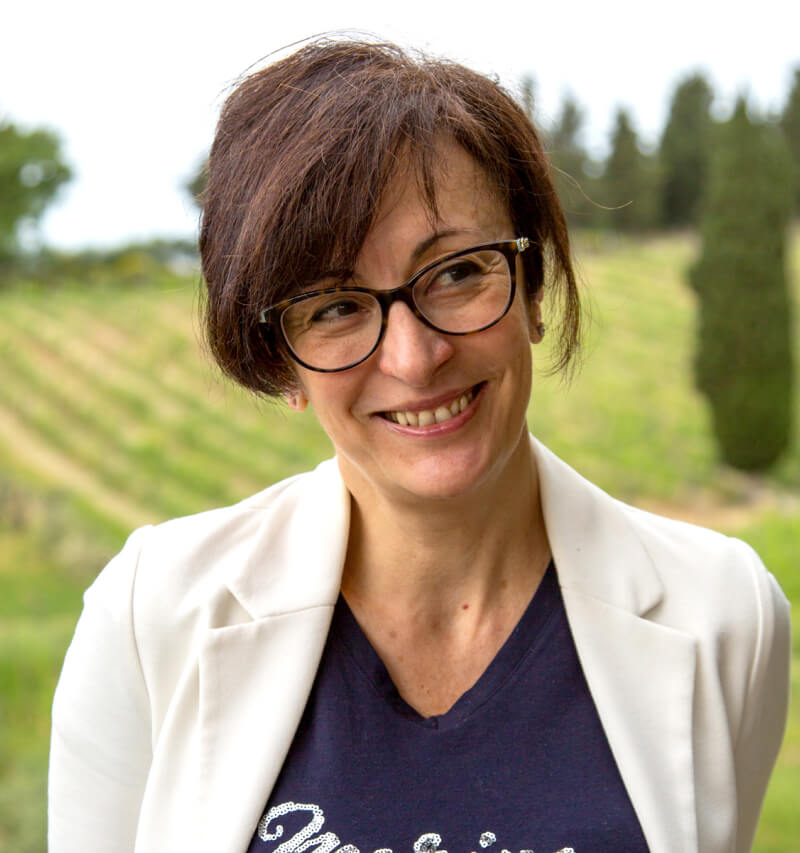 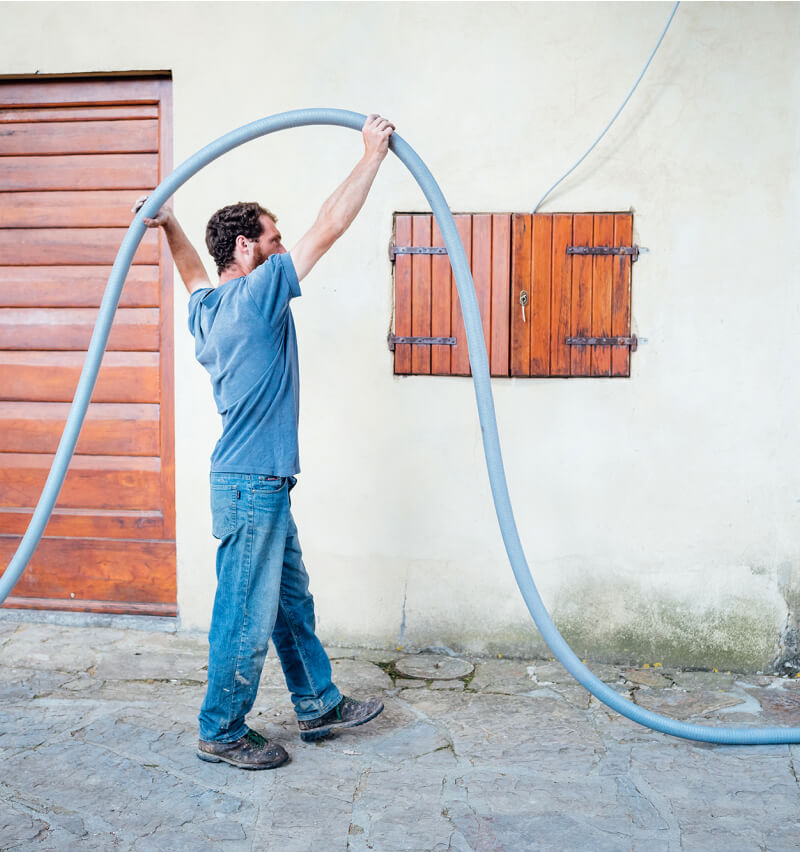 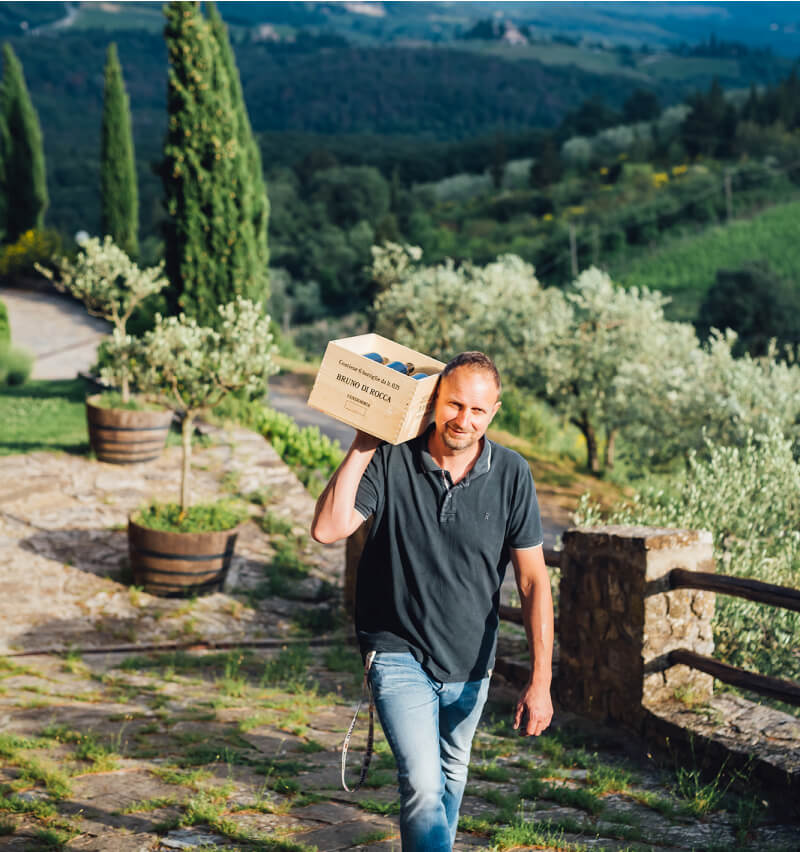 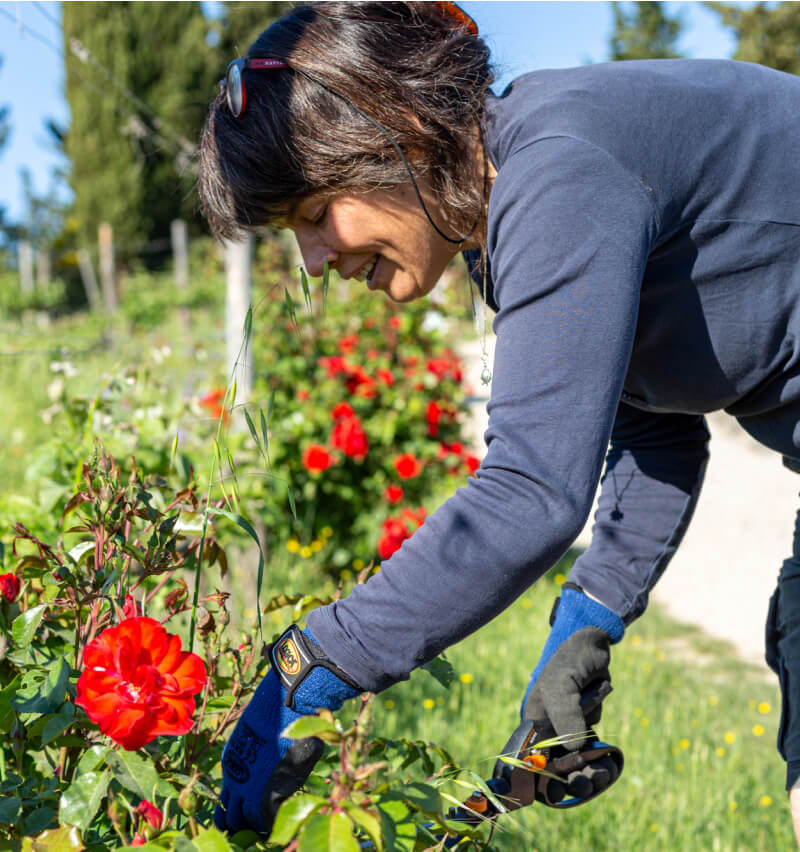 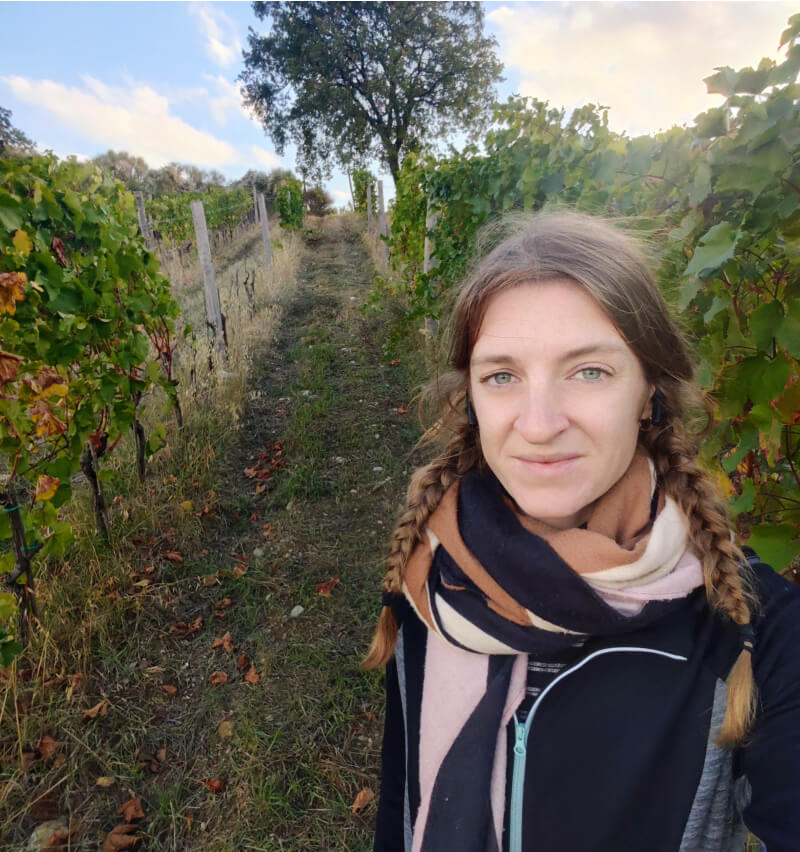 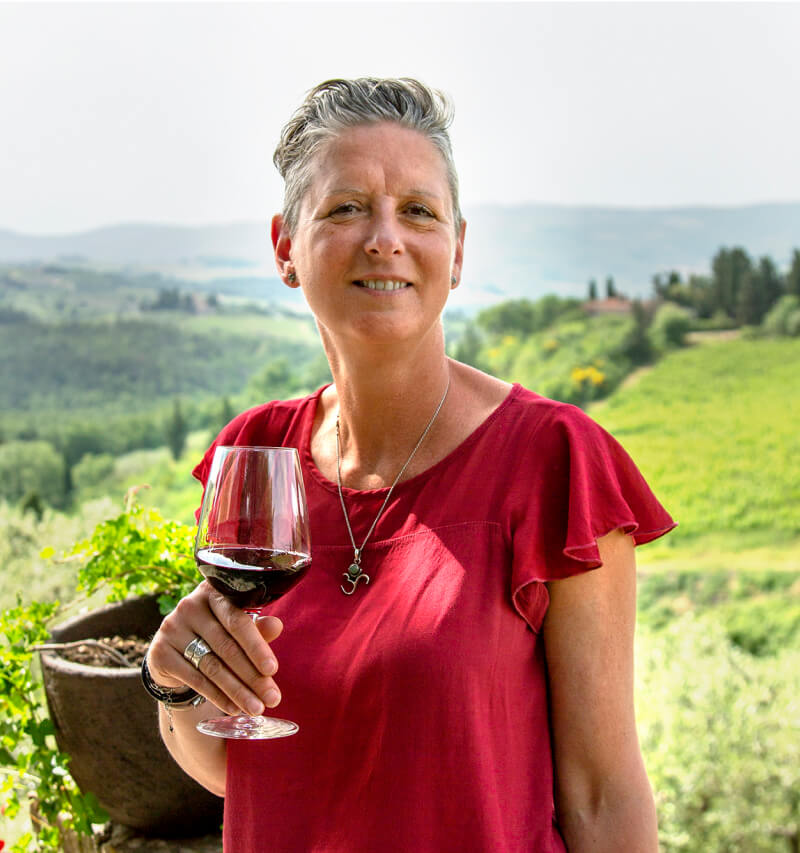 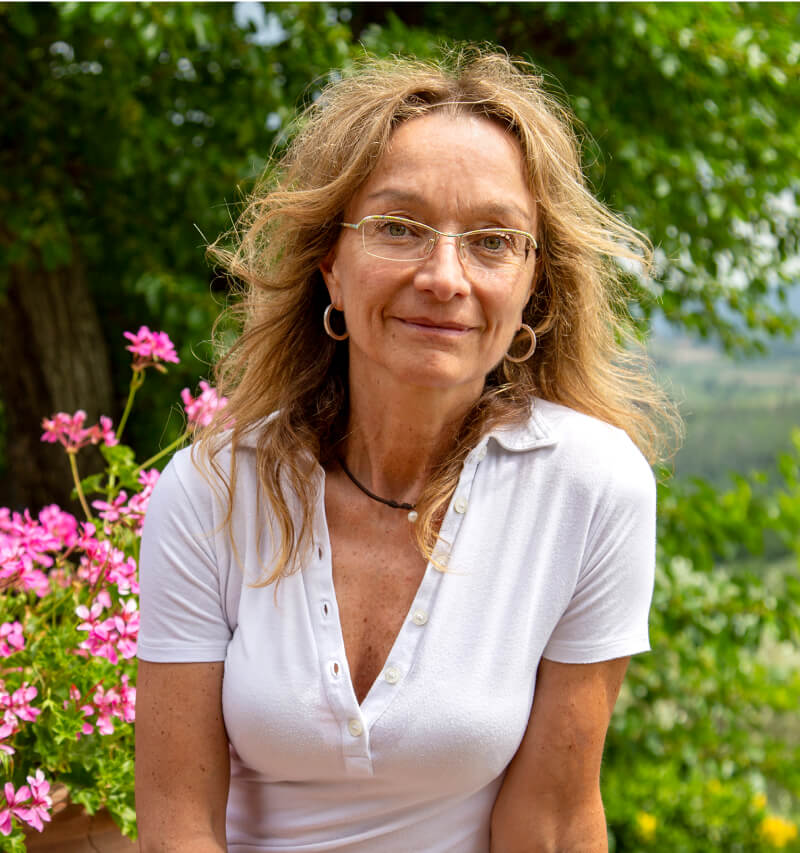 “Winemaker Serena Gusmeri and the new ownership team at Vecchie Terre di Montefili have done a tremendous job in revitalizing this once dormant, world-class estate.”

Equidistant between Greve and Panzano, Montefili sits on the top of a hill at over 1500ft. As one of the highest expressions of Sangiovese in Chianti Classico, our microclimate benefits from diural shifts and long, slow maturation, producing concentrated old vine Sangiovese with peak acidity. Our 12.5 hectares of vineyards are at the crux of three ancient land masses making each parcel of land unique. The different expositions, soils and grapes produced have led us to identify five individual terroirs.

Standing on the Shoulders of Giants

Vecchie Terre di Montefili means ‘old lands of Montefili,’ Montefili being the name of the hill where our vineyards lie. These are truly ancient lands with deep roots and stories to tell that have passed hands over the years, from Romans to Monks, and eventually to us. 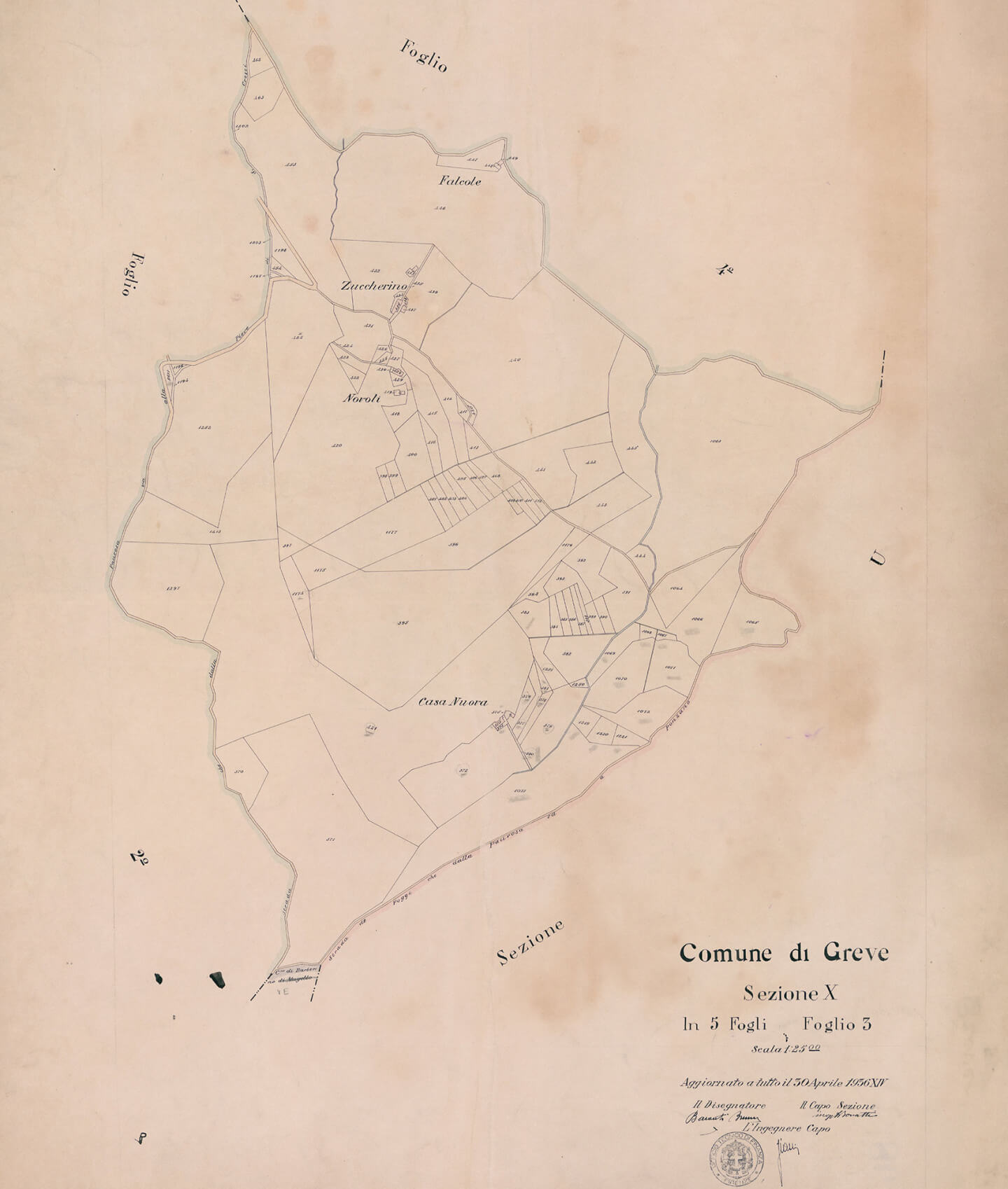 Before the Common Era

This hill, just beyond the castle of Monte Fioralle, sits on the crest of the mountains that act as a watershed between the valley of Greve and the Val di Pesa.

In 700BC the Etruscans made this strategic position their home, taking in the wide panoramic view along the Etruscan road that led from Volterra to Fiesole.

Centuries later, the Romans built a military settlement here, and the Filippi family gave this place its name Montefilippi – the mount of the Filippi- later shortened to Montefili. This noble Roman family built a mighty stone castle on this hilltop, a jewel in their crown for all to see.

In May 986 AD, the castle is mentioned in several documents of the Badia a Passignano, a Benedictine abbey still standing today, whose monks wanted a piece of this illustrious territory. After several decades of bartering between different factions of the church, the castle and its properties were finally donated to the Badia a Passignano in 1048AD.

The monks resided here for 200 years, making their wines and practicing their faith without much interference. However, in 1260 the Ghibellines – fanatics of the Holy Roman Emperor – waged war on the area in the battle of Montaperti, destroying the castle in the process.

Records of this area from the Dark Ages are lost, but we can only imagine the battles fought and won to keep control of this highly sought after place.

Super Tuscans and the Rise of Montefili

Our contemporary story begins in earnest in the 1970s. Tuscan wines were in a race to the bottom in the 1950s and 60s (the much-maligned fiasco years), but that was soon to change. In 1968, the Marchese Incisa planted vineyards in Bolgheri – the Cabernet which would become the famous Sassicaia. In 1970, his cousin Antinori started adding Cabernet to his Tignanello.

The Super Tuscans had arrived: French varieties, Italian terroir, and no patience for the over-complicated system of denominations. This was 70s punk winemaking, the rebirth of Italian wine as we know it. And international markets went wild.

In 1975, in the midst of this heady moment of innovation, the Acuti family inaugurated Vecchie Terre di Montefili, planting the very same Sangiovese vineyards that make our Anfiteatro today. In 1981, encouraged by the worldwide acclaim for unique Tuscan wines, they planted Cabernet Sauvignon and started producing Bruno di Rocca.

In 2000, Montefili joined forces with our neighbors to found Italy’s first organic district, overseen by the Panzano in Chianti Winemakers Association. This sustainable and organic utopia in the hills of Tuscany represents responsibility to the earth, to the plants, and to wine lovers worldwide.

The New Era of Montefili

Montefili had everything they were searching for and more: terroir, a sense of belonging, great grapes, and, better still, a pure place to fall in love with, somewhere they wanted to just be.

With ambitious plans to preserve the sanctity of this land, while projecting it into the future as a phoenix rising in the Chianti Classico zone, the three employed the talents of a young, pioneering winemaker: Serena Gusmeri. Her first vintage in 2015 received worldwide critical acclaim – something special had begun to take root.

We want to make Montefili better every year. With our minds open, and willingness to evolve, we strive to prepare her for the future, when we will pass down this piece of heaven to other generations.

Vecchie Terre di Montefili casts a long shadow. It is a tree with the deep roots of a thousand hands past; its DNA holds the codes to create thousands of future leaves. We find beauty in the fact that no one on this tree-chart is important on their own. They are but one leaf of that ancient tree that continues to grow year on year.